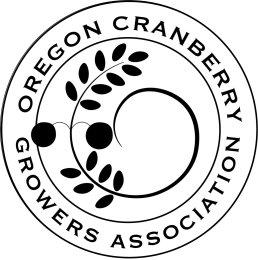 Due to the COVID 19 closures we will be having our Annual Meeting and Cranberry School virtually. British Columbia has graciously invited Oregon and
Washington to be part of the 2021 PNW Cranberry Congress on February 18 th and 19 th . Attached is the Agenda. Membership dues are required to attend the meeting. Pesticide credits (2) will be available pending ODA approval. The Zoom link (and dial in information if you want to call in with your phone instead) needed to attend the virtual PNW Cranberry Congress will be provided in an email once your dues are paid.

This is the heartfelt story of the Kranick Cranberry farm which will become a century farm in 2017. A century farm is a farm owned by the same family for one hundred years. Fletch Murray took his CineBootCamps filmmakers to Dave Kranick's Ocean Spray cranberry farm in Bandon, Oregon to capture 2014 Cranberry Harvest.

In this beautiful mini-doc you'll see the process and the story of the oldest family-owned cranberry farm in Oregon. The documentary was filmed with Canon EOS cameras - the 5D Mark3, 7D, 60D and 70D.

Should You Use an Adjuvant?
How to Fertilize Areas With Winter Damage or Leaf Drop
Surfactants and Cranberries
Phythophthera Root Rot Management
Phytophthera root rot